Following in the Footsteps of our Founder by President and CEO, Debra Anthony Larson

On Friday, I had the great pleasure of spending time with our founder and first Executive Director, Anne Stewart, who came from Atlanta to be honored at Armstrong State University’s second annual Notable Alumni dinner.

This inspiring woman has led a life of exemplary service to others – including serving on the advisory council that started the Comprehensive Mental Health Program. In 1971, she was the first female elected to the Savannah Chatham Board of Education and served as its Vice President throughout the initial stormy years of desegregation. Anne chaired the United Way Task Force that brought hospice care to our community in 1979 and served as Hospice Savannah’s director. She expanded our scope of care to include inpatient care at Hospice Inpatient Unit (HIPU) on Eisenhower Drive, which opened debt-free in 1992. She retired a year later.

Anne and her husband Charles and their daughter spent time touring Hospice Inpatient Unit (HIPU) in the afternoon, and I joined them for the evening at ASU. I am honored and privileged to follow in her footsteps as we continue Anne’s vision of providing our community with the best services and resources on living with a life-limiting illness, dying, death, grief and loss.

Watch Anne’s inspiring video made in celebration of our 30th anniversary, six years ago. 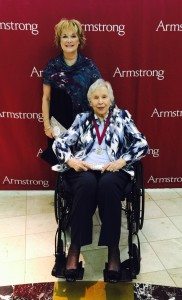 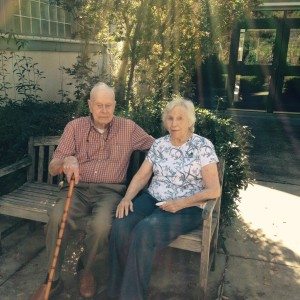