Our History and Mission

Our Mission Statement:  Founded by our community, we help people live

Our Vision Statement: To provide the right care in the right place at the right time

Watch as our employees explain our core values of excellence, accountability, stewardship, teamwork and compassion.

“Hospice” is a medieval term for a way-station where travelers could rest. In the late 19th century it was applied to places where nuns cared for the dying. St. Christopher’s Hospice, the first modern day hospice, was established in London, England by Dame Cicely Saunders in 1965. By the late 1970’s twenty six similar institutions had sprung up in England and more than 90 hospice programs were in various stages of development in the United States.

In Savannah, Georgia, the cutting-edge idea of hospice care may have originated with Dr. David E. Tanner, Memorial Medical Center’s chief radiologist. In a 1978 interview with the Savannah Morning News, Dr. Tanner recalls, “I tried to get some steam up when I saw so many dying patients who had no place to go. It had always bothered me…I mentioned it to several people and then, I guess I had my finger in so many things, I just lost my enthusiasm”. His enthusiasm was, however, picked up by literally hundreds of community members and health care professionals. 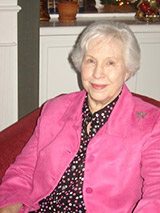 Notable in this extraordinary grassroots effort was the Humanities Committee of the Georgia Medical Society (chaired by Dr. Caroline Williams), the Combined Public Health Services Committee (chaired by Mrs. Hunter Clay) and the United Way Health Council (chaired by Dr. Martha Fay). These committed pioneers worked together to establish Hospice Savannah, Inc. as a community hospice in 1979 under the leadership of our first Executive Director, Mrs. Anne K. Stewart (pictured right). Dr. Williams became our first volunteer Medical Director. From humble beginnings in a small office in the Senior Citizens building on Bull Street, Hospice Savannah has grown to serve patients and their families throughout Chatham, Bryan, Effingham and Liberty counties. (View our complete history)