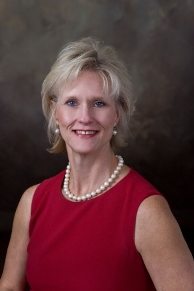 At yesterday’s Annual Meeting, Myra Hill (pictured)  was elected Chair of our  Board of Directors for 2104-2015. Bruce Barragan was named Vice Chair; E.B. (Zeke) Gaines, III was named Secretary; Paul Meyer was named Treasurer, and William A. Baker, Jr. became Past Chair. I look forward to continuing to work with these dedicated volunteers and am excited to work with the following new members, elected to serve a three-year term:

Rabbi Ruven Barkan, Congregation Agudath Achim.  Rabbi Barkan received his BA and a Master of Hebrew Letters from the University of Judaism, Los Angeles, and holds an MA in Jewish Education from the Jewish Theological Seminary, New York, where he was ordained in 2001.

Dr. L.E. (Bud) Robertson, practicing physician with Summit Cancer Care. Widely published, Dr. Robertson graduated from Baylor University and the University of Texas Health Sciences Center. He completed a post-doctoral residency in internal medicine at Medical University of South Carolina, a fellowship in medical oncology at the M.D. Anderson Center and a hematology fellowship at Baylor College of Medicine.

William C. Roelle, retired financier who served as senior vice president of GE Capital and held senior positions with the Korea Exchange Bank and the U.S. Department of Treasury. He also served as Advisor to the Polish Minister of Finance.

Marjorie Young, owner of Carriage Trade Public Relations founded in 1995. Marjorie has held many positions of leadership in community organizations including Leadership Savannah, the Savannah chapter of SCORE, and the Small Business Chamber.

Derek Zimmerman, vice president, Product Support Material, at Gulfstream. He has a BA in International Operations from the University of Minnesota and an MBA from Auburn University. His appointment continues the longstanding support of Gulfstream to the organization.